To promote the development of ageing research and care of
older adults in the sub-Saharan African region.
Contact Us

Discovery, that is, to find something for the first time and that is the desired outcome of research.

A narrative review explains the existing knowledge on a topic based on all the published research available on the topic.

Publication of research work in the form of books, monographs, articles & research papers and other original works
Welcome Address

With the increasing life expectancy, the number of older adults will increase across the world. In 1990, there were 23 million older people aged 60 years and over in the Sub-Saharan region of Africa, and this has increased to 46 million over the space of 15 years. The United Nations said that this would further increase to 161 million in 2050. Even though the growth rate of older adults in the Sub-Saharan region is not as fast as that observed in developed nations. United Nations said that the growth rate of the older population of Sub-Saharan Africa by 2040 will be faster than that experienced by any other region since 1950.

We, Emerging Researchers & Professionals in Ageing- African Network, believe that building capacity in preparation for the projected increase in the older adults’ population in this region is strategic. Our network aims to encourage, train, provide resources, and mentor younger researchers and professionals interested in older adults’ care. We believe this will create enthusiastically, vibrate, passionate and competent transdisciplinary teams of health and social care workers to take care of the older adults in the Sub-Saharan region of Africa. 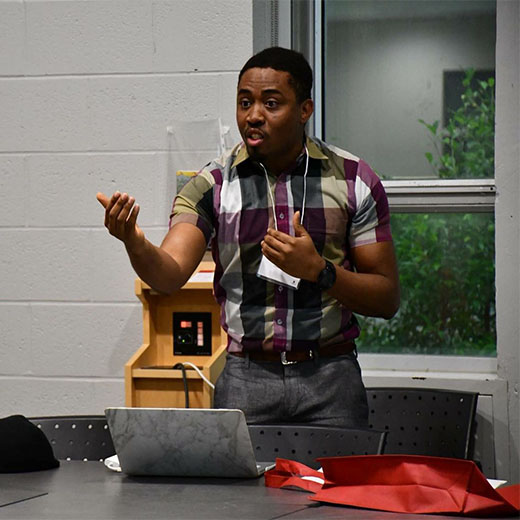 Emerging Researchers & Professionals in Ageing- African Network is a research network created in 2017 with the purpose of bringing together early researchers and professionals in ageing in Africa. We conduct multi/transdisciplinary research examining key issues in ageing with the aim of informing ageing policies.

Publication of research work in the form of books, monographs, articles & research papers and other original works.

Ekigbo Chisom Cassandra is the 2019/2020 recipient of the Community-Based Initiative Scholarship, a capacity-building award presented by the Emerging Researchers & Professionals in Ageing- African Network.

This scholarship was created to inspire undergraduate students conducting a final year project that is related to ageing. Chisom was selected for her demonstrated high academic achievements, proven interest in ageing, a clear and feasible research proposal that shows potential to benefit older adults.

Chisom is a final year undergraduate student of the Department of Medical Rehabilitation, University of Nigeria, Faculty of Health Science & Technology, College of Medicine. Mrs. Mgbeojedo Amaka supervises her.

If you have any questions about this project, please contact Chisom at cassandra.ekigbo.198606@unn.edu.ng

Ekigbo Chisom Cassandra
Scholarship Recipient
Chisom will be using a cross-cultural adaptation and validation study with a cross-sectional correlation survey design to adapt and validate a standardized questionnaire used in assessing the quality of life of the older adults; Older people's quality of life questionnaire (OPQOL-35) into the Igbo Language. Her research will produce the Igbo version of OPQOL-35 that clinicians will use to assess older adults' quality of life whose main or primary language is Igbo.
Ekigbo Chisom Cassandra
Scholarship Recipient
Erpaan Journals
Latest News
Scholarships

Our Partners
Swotter © 2021 All Right Reserved